Parenting in the Digital Age: Technology in the Classroom - Pt 1 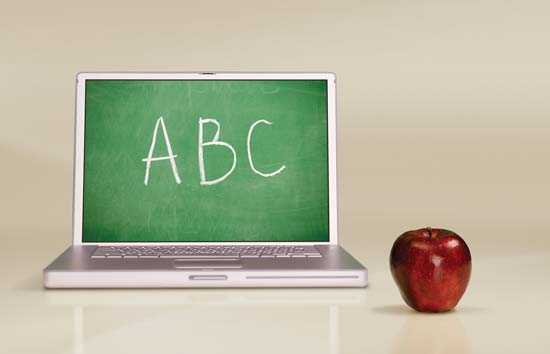 Can there really be “too much of a good thing?”

Apparently there can be, according to the educators in South Korea.

A recent Wall Street Journal article shed light on the country’s decision to cut back on the amount of in-class digital technology exposure that the students would receive. Originally, the South Koreans had proposed a mandate that would see all classrooms in the country completely digitized by 2015. While this plan may have started out well, the resulting effects on children who were under this educational regime appeared to be less positive than originally expected. Perhaps not surprisingly, the kids started to rely on the technology a bit too much, at least more than what was anticipated.

The resulting decision to cut back was based on the students’ (ironically) increasing reliance upon technology as well as the concern that the decrease in the use of physical objects such as textbooks would have an adverse effect on the children. Apparently, kids in this part of the world were becoming considerably addicted to the internet as well as their plethora of technology gadgets that were part of their day-to-day existence. For this reason, educators and others saw the need to cut back on the in-class digital tools.

If you think that the South Korean experiment with technology is not something that needs to be worried about because of the country’s distance to North America, think again. Florida has implemented a similar policy to the Asian country’s decision with a mandate that all paper-based textbooks be eliminated by 2015, at which time learning in schools would be completely technologically-based. It’s probably safe to say that Floridians are not the only educators with this in mind.

Technology in the classroom is here to stay, there is no doubt about this fact.

What now becomes the question is whether or not its presence is a good thing, and if so, to what degree?

Full disclosure: for the record, I support the use of technology in schools, as I believe that the advances in this area provide so much more opportunities to children than were previously available, even as recently as ten years ago. That being said, there is a fine line that exists between what is useful in the process of learning, and what is excessive and, in some instances, downright damaging.

Some areas that need to be considered when making the decision about the scale and amount of technology in classrooms include the following:

The world has dramatically changed in the digital age and classrooms are just one area where the line has been drawn in the sand. This is particularly the case when one looks at the reactions and expectations of parents regarding both the curriculum that is being taught to their children, as well as the particular tools that are used to teach. In some schools, the idea of “BYOD” - Bring Your Own Device - is in full swing, to mixed reactions. As noted above, there exists the issue of accessibility and affordability for all students, but there also exists the ongoing concern about whether this type of learning is indeed a valid support to a child’s progress, as well as whether or not the conventional route of textbooks should be completely supplanted by digital technology.

So the lines have been drawn in the sand and the battle continues: the old guard that wants to protect the tried and true conventions that have delivered some of the most brilliant intellectual minds of yesteryear and today vs. those who believe that progress is best achieved using a “sure thing” - in this case, a textbook and/or otherwise. Ironically, one of the greatest minds of our time, Albert Einstein, was an outspoken opponent of technology. One of his most famous quotes illustrates exactly where he stood about the subject:
“Technological progress is like an axe in the hands of a pathological criminal.“

It’s crystal clear upon which side of the fence this genius stood.

What side are you on?

Coming up next: Parenting in the Digital Age: Technology in the Classroom - Part 2

Previous Post: Parenting in the Digital Age: The Medium is the Message